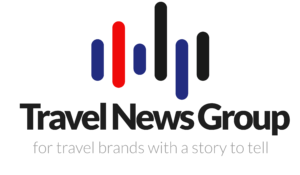 The LGBTQ Travel and Tourism Industry has more than 1 trillion buying power in the United States Alone.

In 1992, two friends, Thomas Roth and David Paisley, marketing and social sciences specialists – and members of the LGBTQ community – had an idea. They wanted to help companies and brands understand the emerging LGBTQ community and include it as a viable market segment.

In the beginning, it wasn’t easy. In the early 90s, there was only one major brand actively marketing to LGBTQs: Absolut Vodka (which later became a CMI client).

To open doors, Tom and Dave initiated the first LGBTQ consumer studies, and the findings were quoted in major press.

They traveled throughout North America and beyond,speaking with executives and at numerous conferences, and never stopped emphasizing the importance of reaching and serving the LGBTQ community.

Now, over 25 years later, they head up the world’s leading and most-respected LGBTQ research firm. Over the years, Tom, Dave and their team have helped hundreds of companies and brands connect with, engage and market to the spectrum that is the LGBTQ community.

What started out as an idea 30+ years ago has transformed how companies, brands, society and governments understand and connect with the LGBTQ community.

But far beyond delivering numbers and charts, Community Marketing & Insights leverages experience, relationships, and deep insight that is unparalleled.